Do you need really need a rooster on the homestead? Roosters constantly get a bad rep, and typically it comes from people who have either been attacked by a rooster, or who are simply uneducated about the way roosters work within a working homestead or farm. Either way, there are a lot of great reasons to own a rooster, especially if you’re a working farm or homesteader.

We keep two roosters on our homestead at all times. We learned this important tip from a seasoned Virginia chicken keeper, Harvey Ussery. The importance of keeping two roosters at once is so that if one rooster somehow loses his battle while protecting his flock, or simply dies of old age, there is a younger rooster that has learned from him and can easily take his place in the flock. If you were to introduce a new and very random rooster, it would take him quite awhile to establish himself high enough in pecking order.

if you have a backyard hobby flock in suburbia, you  might want to check your local laws first, including any Homeowner Association laws. Many areas don’t allow roosters because of their crow. 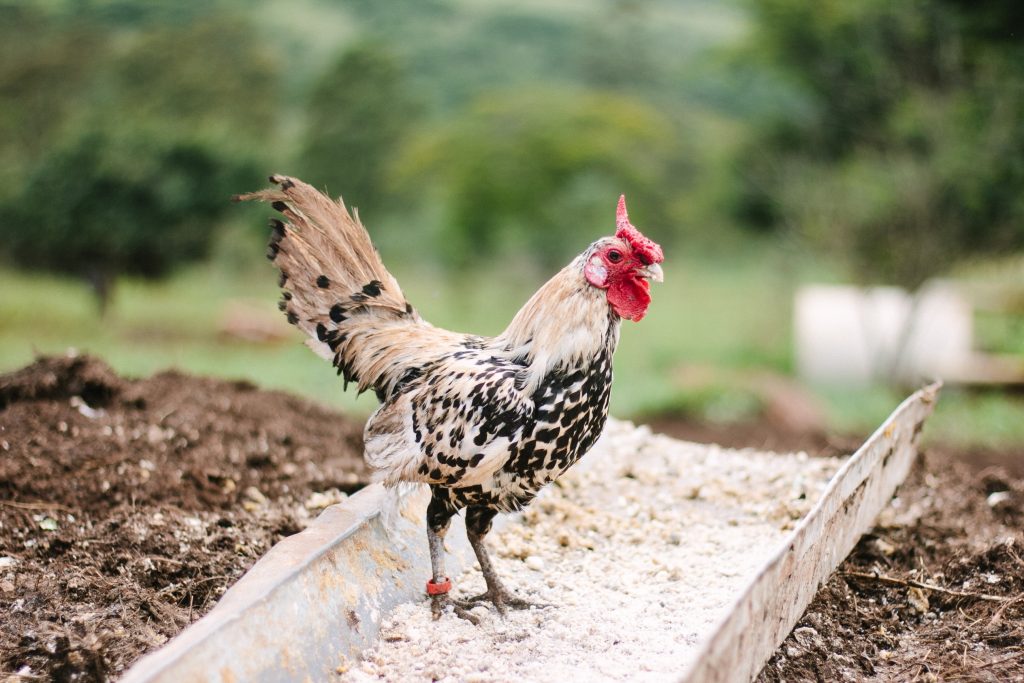 6 Reasons Why Homesteads Need a Rooster

So do you need a rooster?  And why should every homesteader have a rooster (or two!) with their flock? Let’s find out….

Homesteading is ultimately about sustainability, and there’s nothing more common in sustainability than the chicken. They can very much take care of themselves in many ways, however, what about chicks?

Reproduction on the homestead is vital, and you can’t have chicks without a rooster. Whether you have a bantam hen hatch eggs, or you hatch your own in an incubator, the rooster will be your deciding factor as to whether you have chicks or not. Without a rooster, you’ll constantly purchase eggs or chicks from outside sources, and this is absolutely not sustainable, nor is it cost efficient.

Over the past 4 years, almost every egg we’ve hatched on our homestead has been from our own flock. Not only has it been a way to replenish our flock at zero cost, it has also been a way for us to decrease the risk of embryo-borne disease or bacteria.

In an end of the world scenario, sustainability with roosters is extremely important. But, we’re not too doom and gloom here. 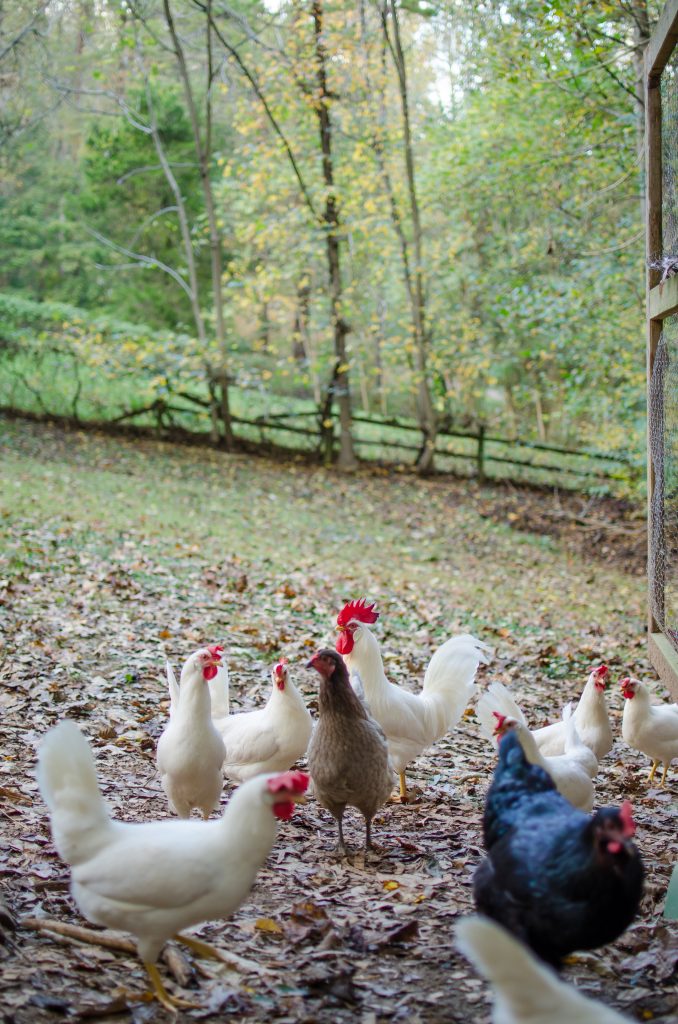 Ah yes, the infamous crow. I vote that roosters are more commonly known for their crow than for their ability to be aggressive. In fact, many roosters (depending on the breed), aren’t aggressive.

Each morning the rooster crows. Sometimes it begins at 4 am, other times it doesn’t begin until the sunlight is visible to the human eye. However, most roosters begin as the sun begins, and often times, it still looks pitch black outside to humans.

The crow is multi-functional. While many farmers and homesteaders get up with the rooster crow and start their inside chores, the rooster crow is so much more than that. It’s an alert system, a way to communicate, and a way to let others know who’s boss.

A loud crow can many times be enough to scare off smaller predators. It can deter other birds, and it can also alert hens to incoming predators. The crow is often preceded or followed by the flapping of both wings. This makes the rooster look more aggressive and assertive. 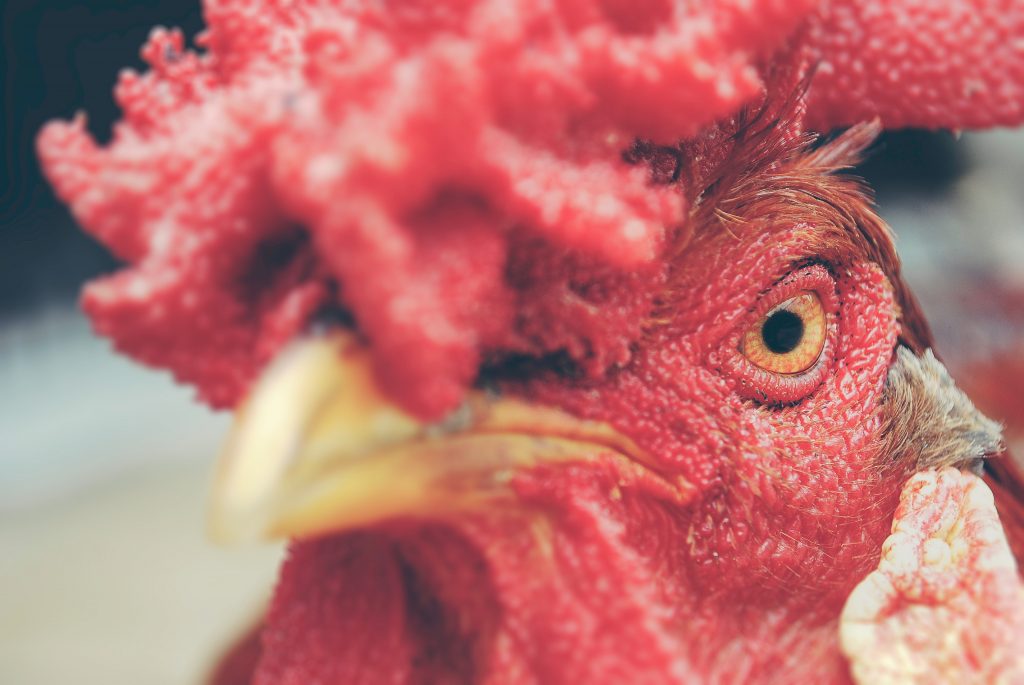 While a rooster crow is beautiful and effective, roosters have an alert call separate from the crow. This call is immediately heeded by the hens, as they know he is the protector of the flock. The rooster alert is vital in the protection of a flock as it’s the chicken’s first defense against an attack.

Often times a rooster will scan the sky for predators, or he’ll hear a twig break in the woods. These things instantaneously alert him that something could be afoot. Even if it’s just a passing mouse, the rooster is always on alert, and rightfully so.

His alert system will save plenty of hens who are typically too busy eating and replenishing their calorie intake than worrying about a nearby predator.

Rooster-man is the ultimate protector of the flock. I have personally watched our roosters fight off falcons and hawks larger than they are. Guess who won? Yep, the rooster.

Many roosters, especially experienced ones, are relentless in their pursuit to protect their ladies. They know when they’ve met their match, but they will go down swinging if that means the rest of the flock is protected.

With predators constantly lurking around a homestead, a rooster is so necessary to protect the flock that produces you and your family’s eggs! 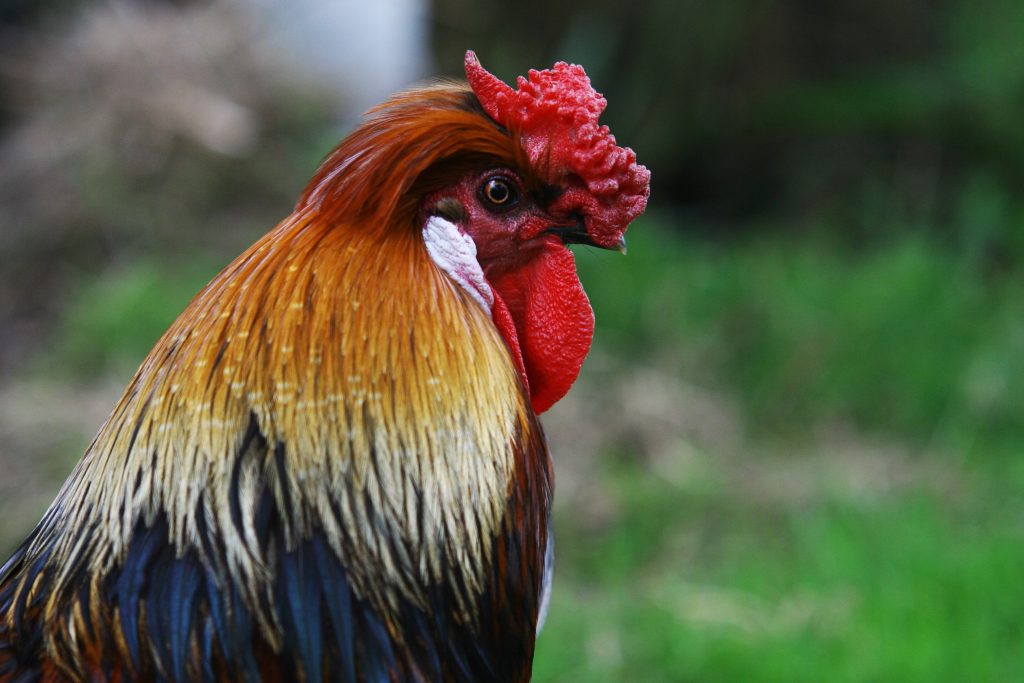 Let’s face it, one of the best reasons to have a rooster on  your homestead is simply because they are beautiful to look at. Now, I’ve seen a few straggly roosters in my life, but for the most part, every rooster I’ve seen is gorgeous.

With long flowing saddle (back) feathers and beautiful shiny hackle (neck) feathers, the rooster is one of the most beautiful of creatures in the entire world. Not only does he have a glorious crow and beautiful feathers, but he struts around with a protruding chest that makes him even more handsome and assertive. His stride is one of pride and beauty, and who’s to argue with that? 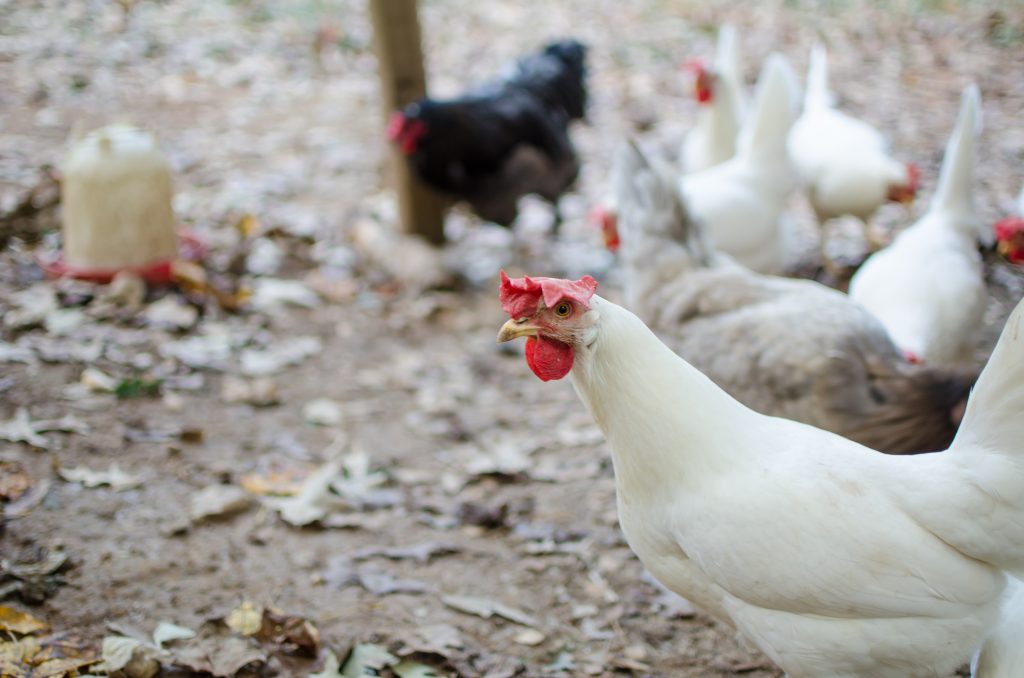 They Care for Their Hens

Last, and finally not least, roosters care well for their hens. Not only are they protective, but most roosters are extremely kind and sweet to their flock—bringing their hens food, calling their hens over when they’ve found a treat, and even snuggling up to his favorites at night. When a rooster knows a hen has been ousted in the flock, you’ll most often see her right beside him on the roost at night, so that he can protect her even more. Or he’ll take a quick rest beside her during the day before getting back up to do his flock duty. 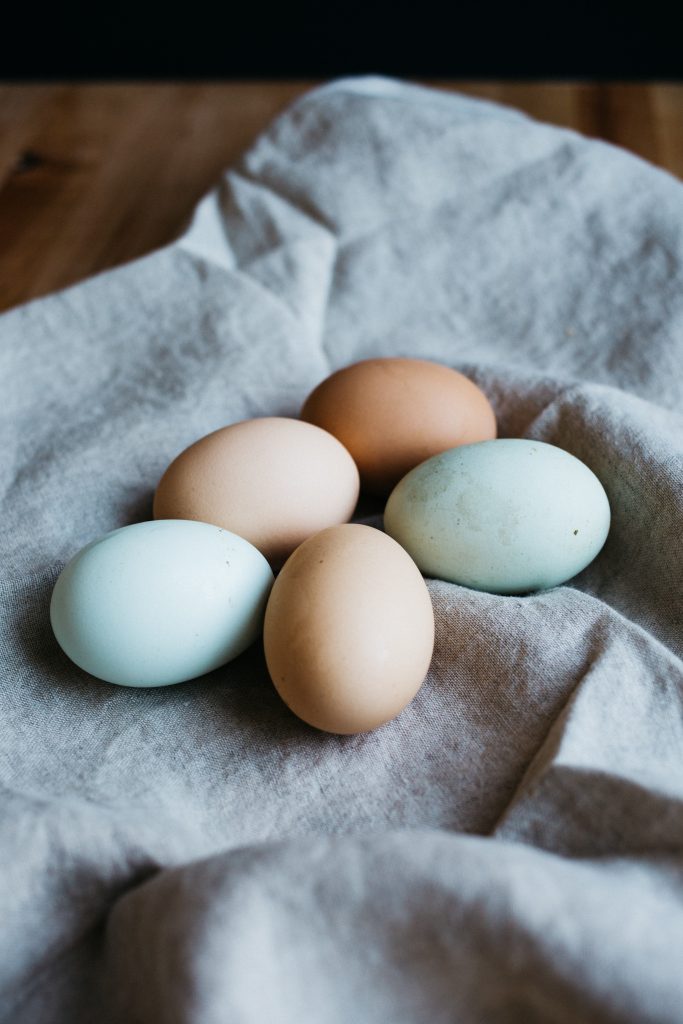 There certainly are a lot of reasons why a rooster might not be a good fit for you, but generally speaking, a rooster is something that every self-sustaining homesteader should consider owning. From caring and protecting his flock, to just being beautiful and amazing to look at, the rooster earns his keep on the farm.

And if in the end you can’t keep him, or he doesn’t work out for you, well friends, I’ve never met a rooster that hasn’t tasted good in a fresh bowl of chicken noodle soup on my family’s dinner table. Oh, look, there’s just one more reason you should keep roosters on your homestead…

Whether you’ll be free-ranging them or not, keep reading for more information about raising the healthiest and happiest backyard chickens on your homestead!

2 Comments on 6 Reasons Why Homesteads Need a Rooster