[Note: start from the beginning of this memoir series here.]

A woodpile sits just outside the back door, firewood soon to be rendered useless because Spring is on the horizon: birds are singing their songs, the creek is running pretty well after a few showers, and thunderstorms are on the forecast. The earth stretches and groans after a long winter season, sprouting up grass shoots and fast-blooming flowers. In the backyard, the apricot tree burst into blooms overnight.  Anyone within earshot of this home would’ve thought it was Christmas morning (or we were being robbed) at the squeal of Megan’s excitement. What had been a long, bitter season now had the promise of better days just ahead.

A call never came for a local ranch hand position I sincerely desired.  A text was sent to the manager thanking him for his time, and understanding that he went a different direction.  Not more than five minutes later that message was responded with a phone call validating my assumption. A flicker of a dream, working with cattle on a “real farm” with good people, was quietly hushed out.  Almost a full year had gone by without any real job, stress compounded on my end but included an incredible showering of support and love from a wife who believed in me every day. God was shutting doors: even mom and pop places, large big box stores, and everything in between.  The thoughts and feelings of unworthiness were deep and sinking further into despair.

I had been living in dead faith concerning this old land, my lack of action sparked Megan’s frustration and put hope into action in the form of a shovel.

I wanted a box garden.

I wanted the garden to be raised.

She wanted to shovel the ground first, and then till.

We didn’t have a tiller.

We didn’t even own a shovel, so we borrowed three from a nearby uncle.

Megan won, the garden would mirror the way her grandmother planted crops decades prior.

After many hours of deliberation, and a few days of indecision on what type of garden we should start, Megan rolled up her sleeves and went outside to start digging.  What took my wife several hours, with toil and sweat, eventually became three times larger in her absence. You see, our neighbors had just returned from a vacation, they sauntered over to see what was new and why there was a camera in our backyard.  After a few minutes they exclaimed they had a friend with a tiller we could use, but it would take a day or so to bring it over on our property (turns out it was a tractor tiller, massive size). We had to leave for the weekend, but when we came back our humble 12×12 garden plot became a nicely-sized 13×24 due to our gracious neighbors and friends.

Sometimes the Lord is just waiting for you to take that first step, so He will pour out incredible blessings when the leap is taken. Sometimes not even a leap, but a single step in the right direction, a shovelful of faith. Grace is bestowed on us when we don’t deserve it, it is a gift that requires no merit.

“To believe, and to consent to be loved while unworthy, is the great secret.” -William R. Newell

When you place your identify in your position in life, your job, or another person’s validation, you will end up broken. The lead for the ranch hand had come and gone, like the countless dozens of others before it.  God had other plans and my immediate job was to endure. Judgement can get clouded, despair can come and go, but an overwhelming sense of self-worth is derived from a man by doing his work. This is the struggle I was in the middle of: clinging to self-respect and confidence in a season where looking my family and friends in the eye was difficult.  Not that their opinions changed how I viewed myself, but rather how my own self-worth made it difficult to feel dignity in an outside world.

Looking outside, the scenery was changing from dreary to colorful.

The soil was broken and the garden had been tilled, now it was time to shift focus and start the next priority: hand making a beehive.

New, pre-built hives can be purchased for the same overall price, and days of time can be saved by not building multiple boxes by hand, but twenty years from now you can’t go back and buy those memories. Megan’s father is unique, the kind of guy that has one of everything but no particular skill or talent that would qualify him as an expert. He’s a pocket change kind of guy.  You know the type, the kind of man that comes home late after a full day’s work, clinging loose coins into a glass container after greeting the room and before conversation can begin.

The neighborhood where Megan was raised is changing. Where once there was nothing but open fields there are now three modern houses.  Houses that might as well be bright flashing neon signs planted next to a small neighborhood that hadn’t changed in a generation. Times are marching on, kids are growing up, and what was once a modest home with three acres is now a mini-mansion on a quarter-acre plot.  Fences, which used to keep in noisy dogs and keep out bothersome coyotes, are now a polite way of saying you won’t cross over your three feet of property to walk on their three feet of property. Amongst all those changes, across the street, a father/daughter duo pulled into the driveway with a trailer full of plywood and pine board.

Hours stacked on top of hours as these two kindred spirits figured out how to cut appropriate length boards, glue joints together, and slowly start assembling the new home for some future honey makers. A black marker left a permanent reminder of their accomplishment in an obscure part of the hive, and a couple of notes from me may have slid in there as well.  Perhaps the most curious use of materials for the build were the trim nails to fasten the metal sheeting to the top of the hive: these were nails saved by multiple generations past from a beloved great uncle’s workshop (Olis and his wife Ceola, nick-named Sugar), with an estimate of their age being one hundred years old.

Two days later, the boxes were finished, the hive was assembled, and it was time to go home.  We took the short road home that night. The sky was dark, Eastern Oklahoma faded into Southwestern Missouri.  Pulling into the driveway you could hear the hum of a security light over the garage door, a steadfast reminder that the way isn’t completely dark, especially if you know where you are going.  Months of wrestling with job offers, recruiter communications, endless career searches, and getting nowhere all led up to a singular night when the fog lifted and our prayers were answered.

God responded in a very real and personal way. The decision was made.

When conditions are ideal, and the season is right, farmers will take to their fields and light them on fire.  The weather for a burn is rare, sometimes referred to as “Goldilocks” because it has to be just right: the wind must be the blowing, the ground can neither be too wet nor too dry, the plants have to be at the right stage of life, and you need support of those around you or else all efforts will be useless.  This is precisely where my life has been in this season.

The winds of change were blowing, but not too strong. Our finances were drying but not parched. Our little girl was not too little to move nor too old to care about the dramatic changes coming over the next few months. Megan, an incredible help-meet and the greatest cheerleader in my life, handed me the flapper. The fire was lit: time to burn off the old, and start something new. Looking squarely into my field, my life, the career choices I had made and the offers coming in, the timing was perfect. 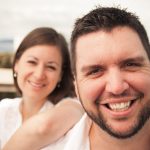 Hi, I’m Tom Reese—a reluctant addictive personality, where “close-enough” is the measure of perfection. My storage area is full of para-cord, disc golf memorabilia, ammo, not nearly enough 10mm sockets, fishing gear, hunting clothes that must’ve shrunk two sizes, and empty boxes full of future ambitions. I’m not quite mid-life, but it’s gaining on me. The best part of me is my wife, Megan, and our baby girl. What’s important to me? Christ. Family. Forgiveness. Cigars. Bourbon. Hot sauce.