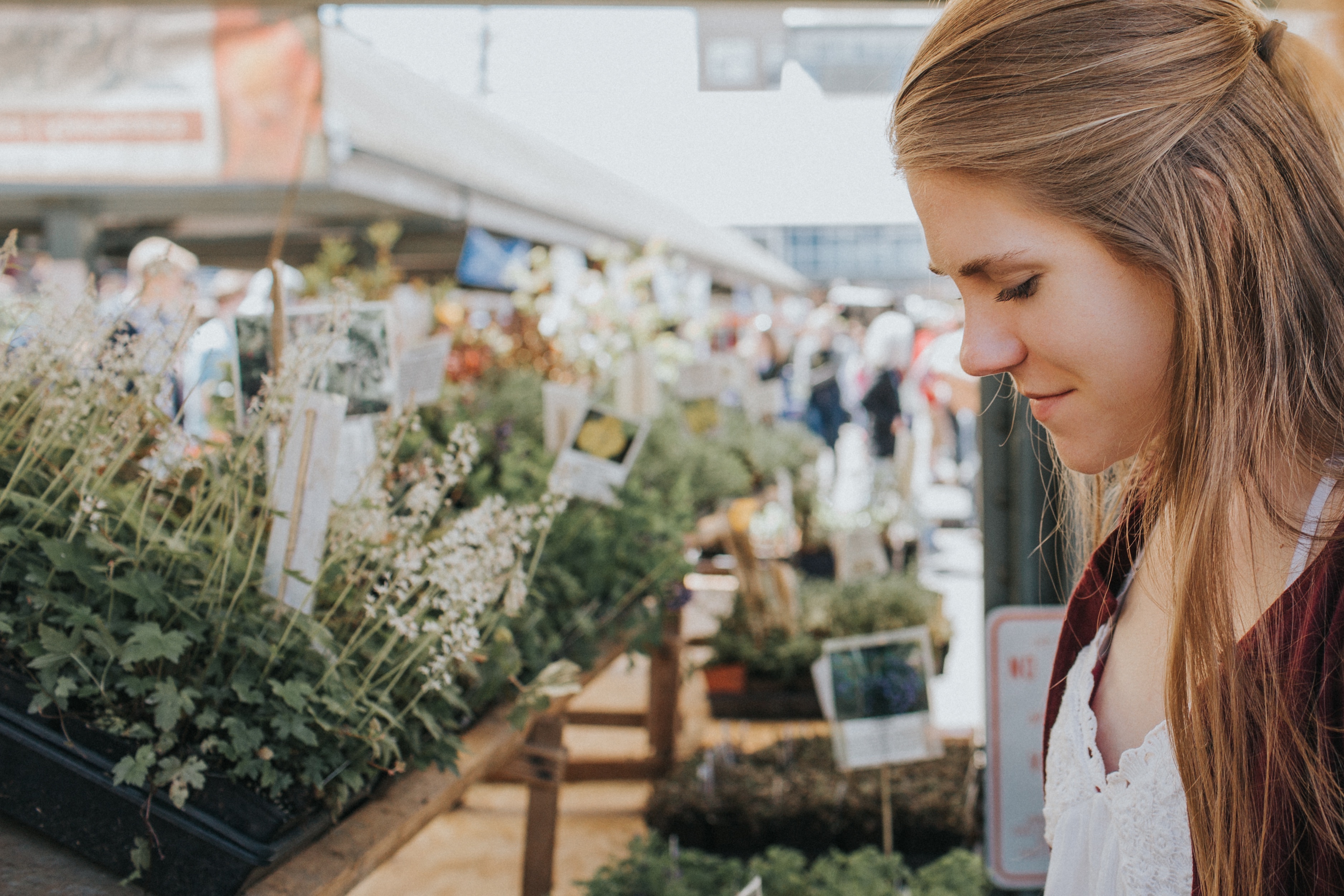 Why are women stepping up and becoming the farmHer and homestead “hers”, instead of their male counterparts?

Over the past 10 years, and more so in recent years, the face of farming has changed drastically. While it has changed in ways of GMO vs. non-GMO, it has also changed in relational, age, and “gender” ways. The average Virginia farmer is now 68 years old, and unfortunately his grand-children aren’t necessarily trying to fill his shoes quickly. But there is an increasing amount of farmers rising up, and not the kind you’d expect.

Today’s farmers are small families or couples trying to make ends meet, but maybe even more-so, trying to leave a better world their children. It’s not just that, though. The new face of farming is no longer men, but women—pioneers leading the way to a new and improved farming history and industry.

Through out history, the woman’s “place” was inside the home—helping her farming husband by preparing meals, taking care of livestock, tending the garden, doing some farm chores, and tending to the household. It was, by no means, an easy task. She didn’t have the luxuries that we have now, such as a washing machine and dryer. But she did her job and did it well. Certainly, she would help him around the farm if he needed her, but her ultimate goal was to raise a family, food preservation, and to tend her house. 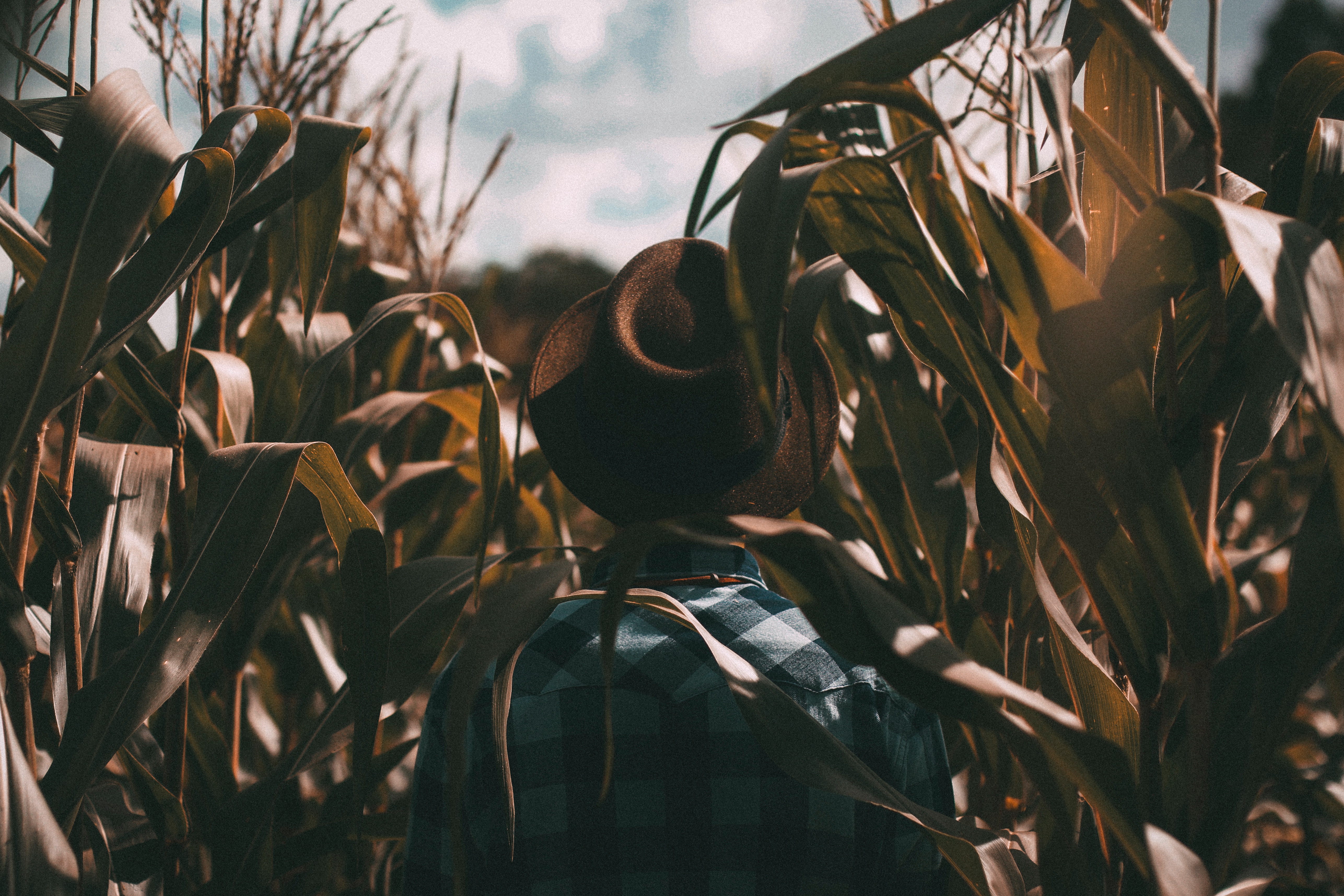 The woman’s place on the farm has changed dramatically since then. In fact, sometimes, there’s only the woman running the farm, without a man involved at all. She is, what we like to call in the homesteading world, a modern day farm”her”. I am honored to know some of these women, and while they will all tell you that it presents its challenges, for the most part, they wouldn’t change it for anything.

There are 564 million women working in agriculture all across the world — 8% of women are farmers, and 11% of men are farmers. We’ve almost caught up to them! In the more desolate and third world countries,  43% of agricultural labor force in developing countries is female.

I have been asked the question, “why do you always post homestead things when your husband is the one who does the work?” And I laugh. My husband actually doesn’t do a single thing with our animals unless I specifically ask him to. He is a blessing in the way that he will most certainly build hutches or coops, but the up-keep is completely up to me. And if he weren’t around, the building of things would be up to me too.

And I enjoy it….immensely! And for some reason, that can be extremely hard to believe for some people in the modern world.

These silly remarks come from people thinking women are “feminists”. I am far from a feminist. A woman wanting to be a farmHer doesn’t stem from rebellion or wanting to act better than anyone (especially not men), in fact, it’s the complete opposite. 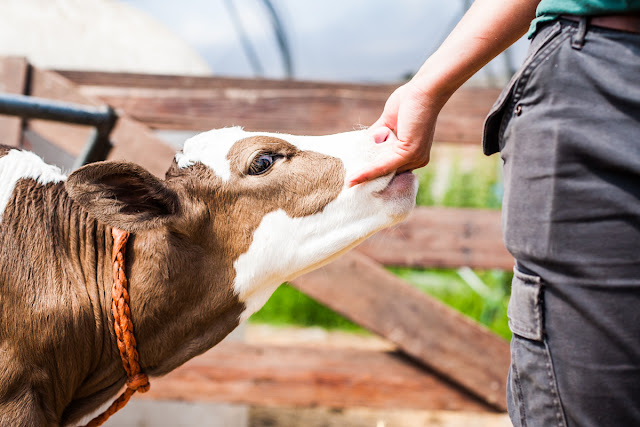 And so the question arises,

Why are women stepping up and becoming the farmHer and homestead “hers”, instead of their male counterparts?

Here are a few reasons why you are seeing modern day women rising up all across the world.

• Women are typically more passionate about it.

Yes, we are, in some ways, more passionate about it than men. Men think logically, and there’s nothing wrong with that. But they are thinking “business”. They are still, essentially, the “bread winners” in the U.S.A. They don’t want to take the risk of dropping their paying job for a job that might not make half of what they are making each year at their secure job. But for women, it’s not always about the money, it’s about the passion. Darn those emotions, taking over our logic once again.

Often times, women see a need and we want to fix it. There is a longing in our hearts for a more simple time, and this is just one more way for us to make that time a reality in our lives. Not just that, however. We want to leave a better world for our children. We want our children to know what work is, where food comes from, and how to properly farm and raise animals. It’s not just about money to us, because Lord knows, there’s not much of that in small farming.

In a recent article, it said the same,

“The differences between men and women extend definitively to their opinions on farm animals. Polls across the United States and Europe show that women are more concerned about farm animals than men, and are more likely to favor better treatment for them and to support increased protective legislation.” —The Atlantic; Agriculture Needs More Women.

• Women embrace their womanhood and the pull to nurture life.

I don’t even have to explain this one. With so many commercial farms popping up, it just makes us want to nurture and care for things all the more!

• Women may feel they are just as capable as men, in many ways.

I know I’m not as strong as my husband, which is why he builds things when I need them and lifts the extremely heavy things (or helps me with them). But there is always one thing my husband has told me. He has always said, “I want you to learn from me, or learn how to do things on your own, so that if I’m not here one day, you won’t have to depend on another man to do things for you.”

Some women might scoff at that and call him selfish, but my goodness, how unselfish could he be. It couldn’t be a more caring statement. He has taught me to do things I would have never imagined I would do. And my body is capable of doing things I wasn’t once capable of doing. In many ways, women can still be inferior to men with their physical capabilities, it’s just how we were created. But when given the proper tools and strength training, we can get the job done. Even if it’s the “woman” way of doing things! 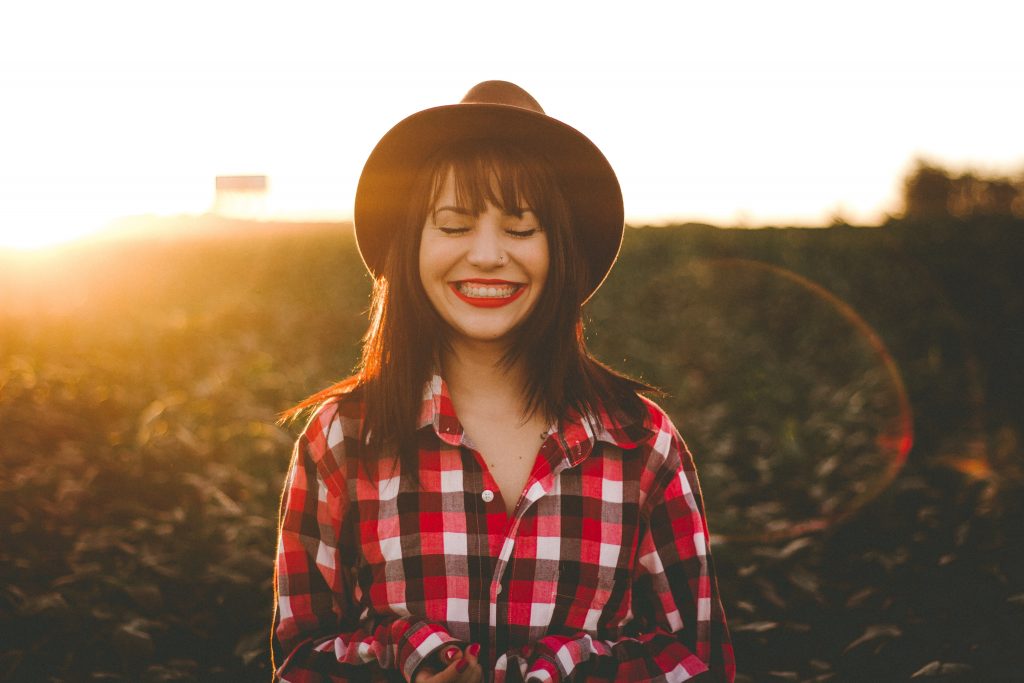 • Women sometimes have a drive to be more self-sufficient.

I don’t know where the drive comes from, but in many cases, women farmHer’s say they feel more motivated to live a self-sufficient lifestyle than men do. This drive causes women to take on farming or homesteading. We seem to care more about our food and land than some men do in today’s society. Not all men, though. We are finding that many couples have the same mindset, and it’s extremely exciting to see families taking control of their self-sufficiency!

• Men are no longer expected to be farmers.

In the United States, men are no longer expected to provide for their families. And if they are, they are forced to believe that they should be Doctors and Lawyers, or big office money makers. The unfortunate part of that is that many men (and society, in general) aren’t supportive of the women farmHer. Whether it’s a sexist issue or simply a logical issue of “we don’t need farmers”, they simply just don’t support it. It is seen as being “feminist” or “trying to do the mans job”. And that’s just not true. Equality in the U.S. is skyrocketing—why shouldn’t women be a farmHer? Is it crazy to think that we actually enjoy what we do?!

• Women may make “more time” to farm and homestead—but it can be a necessity as well.

It’s true, and yet it’s not. For me, as a work at home mom, it only makes sense for me to be the one farming and homesteading. Not that I have more time on my hands, but I’m here all day long and can get chores done through out the day. It is also true that women would make more time for farming, because, as point #1 says, we are most often the ones who are more passionate about it.

In more deprived countries, women are farming because it’s a necessity. Their men are either working constantly to make ends meet (because let’s face it, they don’t make enough on farming to make ends meet), or they are no where to be found, and it’s up to the woman to provide food for her family while selling what is leftover. A woman farmer is a necessity, not just a passion, as we have in the United States.

In the U.S., women might farm and homestead to make ends meet in their household. Meat rabbits, gardening and canning, and raising livestock for your family might not bring in money, but it might save you money, if you are raising for your own consumption of grass-fed, all natural, organic meat and produce.

• Women are supported by their partners, and work alongside them.

I feel like I’ve already said this, but it is a point in and of itself. Many women farmers have become a farmHer because their husbands or partners are farmers. They help. They don’t just sit back and let him do all of the work. Their passion and love for the skill, and for their significant other, drive them to be just as good of a farmer as anyone else. Husbands and wives share their love together. Women plow fields and mow hay. We clean coops and process livestock. We sit up at night while new babies are being born and our husbands rest from a long day at work. Women farm. Not by ourselves, but alongside our husbands. We are a farmHer with our spouses, not just by ourselves. 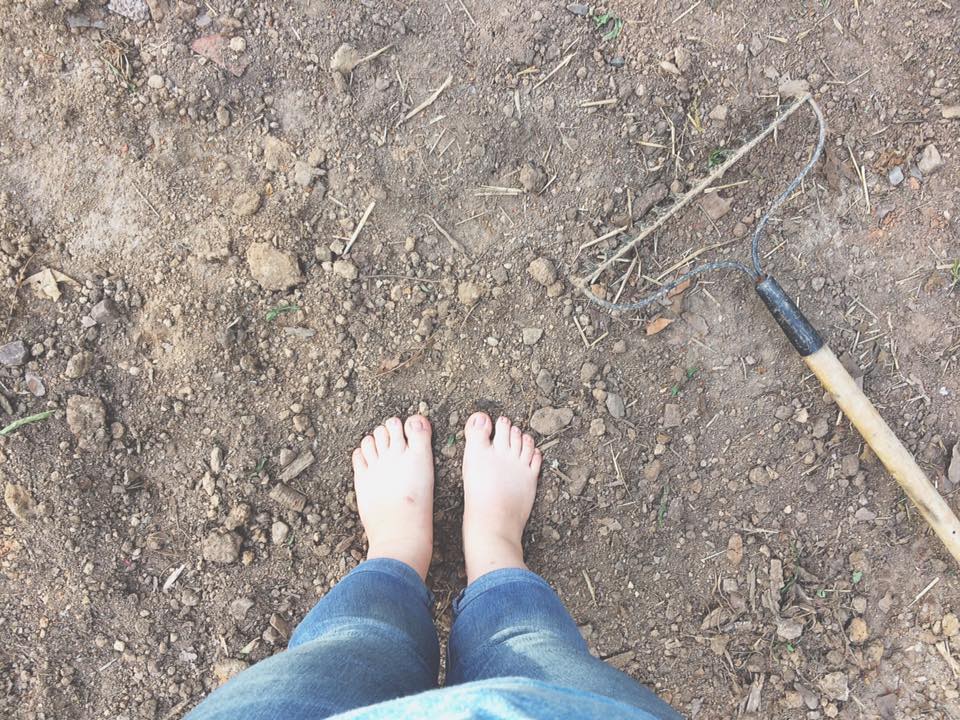 Whatever it may be, the reality is that women farmHer and homesteaders are becoming more and more prevalent in our world. It is not something to be shamed or slandered. It is something to be embraced. In ten years, our world population will have increased significantly. Who’s going to feed all of those people? It doesn’t matter whether a man farmed it or a woman harvested it—as long as the job gets done.

I encourage you to support your local farmer, whether male or female, or both. They encounter the same obstacles throughout their passion, and need encouragement to get the job done.

If you’re a small-scale farmHer” or homestead”her”, then I encourage you to keep doing what you’re doing. Whether you realize it or not, your pioneering has broken through that stereotype that women can’t provide for their families. But I assure you, she can!