Join Off-Grid with Doug & Stacy as they show an easy system for how they use a humanure compost pile on their off-grid homestead to manage their waste.

Doug & Stacy were scheduled to share a lecture about The Homestead Composting Toilet during the 2020 Homesteaders of America Conference but weren’t able to due to technical difficulties. This is great news because now this information about humanure compost is available to all of you as you consider what is the best way to manage waste on your homesteads. (Even if it is as a temporary solution while you build infrastructure on your farm.)

Want to learn more about composting on the homestead? Check out our guide to Composting: From Start to Finish to get started building your own soil!

Building a Humanure Compost Pile on the Homestead

“When you’re living off-grid, it basically that means that you’re living with no public utilities so you have no water, no sewer, no trash pickup, and no electricity. So we have to take care of our own compost, our humanure, or our own POOP!

The way we do that is an ancient, old way to do it.

Maybe you’re new to our channel and you don’t know what’s up. We debated having a septic system and also other forms of ways to get rid of or use our human waste. Through our investigations we found that septic systems fail. They cost a lot of money up front and you have to have a leech field, you know? Just a lot of things. And they’re expensive so a lot of things to turn us away from going with that.

So what we started doing was investigating these other methods of how people dealt with going to the bathroom and this is the ancient way that people did it before outhouses or anything else.

The first thing we’re going to want to do in our pit here is to dig out an area and we’re going to pile up the dirt on the side. We’re basically creating a dish so all the liquids can go down to the bottom and basically filter and seep into the ground.

As you’re creating your hole, you’re basically piling your dirt up on the sides here just creating a nice funnel that way all the liquids just go right into this little kind of holding pen.

Now we’re gonna put some organic material down. I’m going to show you what that looks like. I would say straw is about the best organic material that you can use.  You’re just gonna spread that all out in here. This is actually just some yucky old straw that I had laying around. It doesn’t have to be super fresh brand new straw. I’ll use this as the sponge. The drier the straw is as you’re working your way up the pile, the better. But it’s not really necessary so if you have some

old bales laying around. You could also use hay bales. You know the difference between grass and straw? Straw is the wheat that’s been harvested. It’s a tube as the stalk. They cut that tube and then they create the straw bales.

Hay on the other hand is just like grass, you know, field grass. And what happens is when you get grass… grass is a blade. It’s not tubular and then when you get that wet it gets very soggy and squishy it doesn’t retain water as good as straw. You could use hay, some old hay if you had to. And there’s other organic material as well like leaves and sticks and stuff like that. Straw is really easy for us to get around here, about three dollars a bale on the square, so we use it abundantly.

But you just want to spread that out and then the magic starts to happen.

Start uncapping buckets of your poop and you just pour them right on to the straw area. We’re gonna get done with all these buckets cause you don’t want to watch this and we’ll catch up with you and let you know what to do next.

So as you guys can see all the stuff is in here. We’ve emptied out 25+ buckets. There’s no smell. It’s been composting in the buckets. And looking down here you’re not seeing sewage like you guys are normally used to seeing if you see some kind of raw stuff. What you’re seeing here is basically a compost pile already in progress to become great humus for the ground. So this is the first step of the long process.

In the next step I’m going to show you guys what you do after you fill this up and you clean out your buckets. We’ve shown you that before so we’re not going to go through that but you basically use a biodegradable soap and some water. You clean them up and then you just pour the water back into this bin.

Next up you put your new straw on top of the pile and then that keeps down all the odors. We never have flies around this pile. No one can ever smell this pile. This is just how it works.

Now I’m going to show you guys what a pile looks like after it has been built for a year and then it has set for a year. So it’s a two-year process but if you’re paranoid about it you can let it go a little bit longer.

This is like a year and a half, maybe almost even close to two years, and it’s just been hanging out. And as you can see there’s some big grasses growing in here and they’re doing really, really well. And as you can see there’s the root system. Everything is very healthy. It just breaks down into like a compost and it’s just very airy. If you see a lot of bugs in here this is just what you want, right? So I’m just trying to show you guys after the fact that you end up with some beautiful stuff like this and also if you didn’t want to get fancy and build a system like that. We just started off with the pallets and then we just built two bins. We filled one for one year then covered it and let it set while we filled this one for a year. Then you empty this one and then you just keep repeating the process. You could add a third bin as well. That way it gives you a little more time in case you want to let them set for longer than a year. Another thing is make sure that you keep a dedicated shovel you want to just keep one shovel that is for this compost. You don’t want to go using this anywhere else except for at your compost pile.

We see a lot of topics covered off-grid on social media but this seems to be one that doesn’t get a lot of attention so we try to bring you the little tidbits of information. We’ve done a lot of videos in the past about it. We’ve done some newer videos showing you guys how to deal with this situation and we found, I believe, the most sustainable and most planet friendly way to do what we’re doing here.” 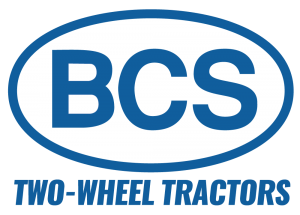